Michael is a descendant of the Scottish MacDonald clan, a Celtic warrior clan with the motto “By Land, by Sea”, specifically and more recently, the Kinsburgh sept from the Mull of Kintyre between Scotland and Ireland. Coming to America after 1750 after the Highland Clearances, with a degree from University of Edinburgh with DuPont to make gunpowder for the Revolutionary War to keep fighting the Empire on another continent. He gets much of his intelligence, determination, fight, from this set of genes.

Michael was given his family clan tartan by his mother, when he came of age. It was folded up, faded, holed, stiff, small, thin wool, from the 1750’s and brought over by his ancestor to keep fighting the Empire on the second continent, America. Michael asked what it was, his mother told him it was the family tartan and now it was his duty to carry on the fighting genes. When he began to unfold it, she said “careful” as it was several hundred years old.

Michael is descended from Irish from County Mayo and County Sligo, as well as some from County Antrim. He gets much of his emotional empathy from this set of genes.

Michael is descended from Welsh who were extremely physically tough miners, and musical. This side also included some English, most notably some of the Druids and Christians on the Mayflower who fled England due to lack of moral standards. He gets much of his physical strength, lung chest capacity, the famous Welsh barrel chests, and musicality from these Welsh genes, and his strict moral standards from these English orthodox Druids and English Mayflower Pilgrims.

Michael is also in part descended from Russian aristocrats-Old Believers which were ultra orthodox Christians. This side of genes gives him his tremendous physical endurance, mental perseverance and determination, as well as warmth and compassion. His Gulag films go into the suffering and genocide of Russians, Belorussians, Ukrainians, Latvians, at the hands of the Marxist Communist Soviet Union.

Strong Women and Strong Men. The resounding themes in all of Michael’s film work are that of strong women and strong men. Heroes and heroines in many of his electrifying films. Running up against the most challenging crises in life people can possibly face, and how that, ultimately strengthens character.

The “Celtics” tv series is based on Celtic Brehon Law, of course.

For over 26 years Director Michael Kingsbury has been telling the stories of women and their survival, including the very hard-edged stories of incest, rape and suicide attempts. Michael was the first in world history, in 2014,  to film the dramatic recreation of a poetry reading by famed woman dissident poet Irina Ratushinskaya, who survived three sentences in the far-left marxist Soviet Gulag camps. 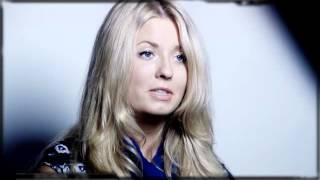 Link
Michael was the first filmmaker in world history to make films about the persecution, suffering, rape and execution of women in the leftist marxist USSR Gulag rape camps.

Michael has been telling the stories of persecuted women since 1994 with his first BW film “Hazel’s Portforlio” about a young artist living and recovering, surviving, from the rape by her father.

In his most recent Gulag film, Gulag Magadan (2017) the lead is a woman who is gang raped by Commissars in the USSR Gulag camp, then has her tongue cut out, and is shot in the snow, executed. But she remains defiant to the end. Strong woman.

Michael drew from his talks with Eastern Europe sex slave survivors, on their ordeal in the rape houses that still exist in many countries today. The film covers rape camps, suicides, body marking, courage in the face of certain death.

In Gulag Magadan (2017), the lead is played by Elizabeta, a dissident woman with a bad mouth and thoughtcrimes, in the far-left marxist USSR Gulag rape camp, after she is gang raped, has attempted suicide, raped some more, and her tongue is cut out and she is executed in the snow.

In both of Michael’s films, “Hazel’s Portfolio” (1994) and “Gulag Magadan” (2017) the lead women survive rape,  blackouts, flashbacks, suicide attempts, and survive, one to find love, one to face execution by a Commissar.

I started off as a fine artist, in classical figurative and portrait. I moved into photography first with 35mm, experimental pin hole emulsion cameras, ultra large format Cibachrome multimedia works, then medium format and large format 4″x5″, as well as pioneering multigrade step printing in the darkroom. and then 16mm film. Here is my ongoing Director commentary series on each film. I begin with a director commentary on my film Gulag Magadan. I have been shooting 16mm film since 1995. Kodak custom perforated cinema stock for me in still camera rolls for tests. Immediately in Film II at film school I began to cut negative and sync image to dialogue, even on un-synched  Bolex cameras, essentially matching image to sound. By Film IV I had made the only feature length dramatic features in 16mm for grad screening, cutting the negative myself and doing the opticals on an Oxberry mechanical printer. In film you have to think before you roll stock, digital does not nearly train the visual mind as much.In digital I’ve shot my films with Arri Alexa, Red Scarlet, Dragon, Canon C300, Blackmagic Ursa 4.6K,  Sony A7 III.

I’m currently in pre-production in Celtics series. I’ve cast and filmed key introductory scenes of each of the eight lead Celtic Druid Goddesses and Gods.

Link
Part of my ongoing Director Commentary video series where I comment on the three Gulag films. I start off with the Gulag Magadan film, and am on #10 at this point.

Scenes of the Celtic Druid Gods in my Celtics series. 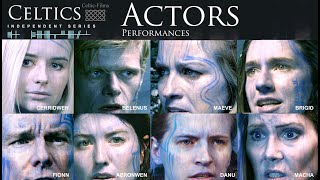 As the writer, producer, director of Celtics, the series, including my own illustrations and storyboards, I’m currently very, very busy. Working on the seventh revision draft of the Episode I “Druids” script for Celtics series. Drawing storyboards and concept illustrations for the small Druid tree platform set for the Iron Age forest we will be filming in.

Supporting the actor with everything they need. On set monitors so they can check their performances.

Before the Gulag film series I made a film about atomic bomb testing in civilian areas, called R-Files.

The first film I made on 16mm film was Hazel’s Portfolio (1995) about an artist who was sexually abused as a child. It was about an artist who didn’t like to be touched. She had been through that all, already when a child. Everything was taken away from her, and she only lived through her art. Most people will never understand.

MY PHOTOGRAPHY AND CINEMATOGRAPHY

R-Files, (Rulison Files), 2003, short film about the stopping of Project Plowshares, the testing of nukes on civilians.

I have been an Artist for as long as I can remember. Drawing, painting, creating beauty for the world.